The 3 BEST Books about Eternity – #3 – Heaven, by Randy Alcorn

I’ve read hundreds of books on theology – on heaven, on the new creation, on eternity – and someone in the comments recently asked me: “what are my top three books on eternity”.

This was hard, but I did it. This is the first!

First off – this book is long. It’s like 560 pages. Before I dive into why I like this book, let me point out that this is the book I think best illustrates the problem.

There’s a problem in Christianity, where there is a ton of confusion about what we think the eternal state is. Is it Heaven? Is it New Heavens and New Earth? Is it just the Earth?

Is it disembodied, or do we have physical bodies? Are we going to be singing and wearing white robes or is there more to it?

The Bible really doesn’t give you a whole lot about what “Heaven” looks like, because that’s the place that you go now if you die. You’ll be in the presence of the Lord – “to be absent from the body is to be present with the Lord”

But that’s not the end of the story.

The end of the story, you can find on the last two chapters of the Bible and sprinkled throughout in visions and prophecies. It’s described as the New Heavens and the New Earth. If you go to Revelation 21 and 22, what you do not have is “all of the saved people going up to heaven to be with God forever”. What you do have is the heavenly Jerusalem coming down like a bride prepared for her husband.

And now God’s dwelling place is with the people and He’s recreated the world the way that he promised to in, say, Romans 8, Isaiah 65, and a series of other passages.

That’s a fundamental confusion from a lot of people! If you read any of the negative reviews (this book has almost purely five star reviews), they say unhelpful things like “This book is says it’s about heaven but it’s not about heaven! This is all speculation! He’s saying ‘we’re gonna be in bodies and stuff and how do we know that?!” My answer: read the Bible.

Randy Alcorn is a really wonderful author; he put so much effort into this and you can see that the subtitle says “Clear answers to 44 real questions about the afterlife; angels, resurrection and the Kingdom of God”.

I love that he took this approach. That’s part of what makes this book so valuable – these are real questions! He’s a pastor and an author, so these are real questions people have asked him about heaven. Think about it, he does funerals and he has to answer questions from the people who come to attend the funeral. They trust him to give solid answer, and he does an excellent job.

If you follow the train of thought that was started in Genesis 1 and 2, and you’re following it all the way through to Revelation 21 and 22, you’ll see those four chapters (the first two and the last two) look
really, really similar:

You simply take all the best things about our existence now and then you improve them beyond anything you could possibly imagine! All this in the presence of God and all of his people where there’s no sin and brokenness anywhere!

I love “Heaven” for that reason… however, I do dislike that the title is deceptively named. Because he isn’t discussing heaven per se so much as he is the New Creation the New Heavens and the New Earth.

But if you can get past that little that little quibble and you’ve got a lot of time on your hands to go through 560 pages worth of work, it is an excellent, excellent book! 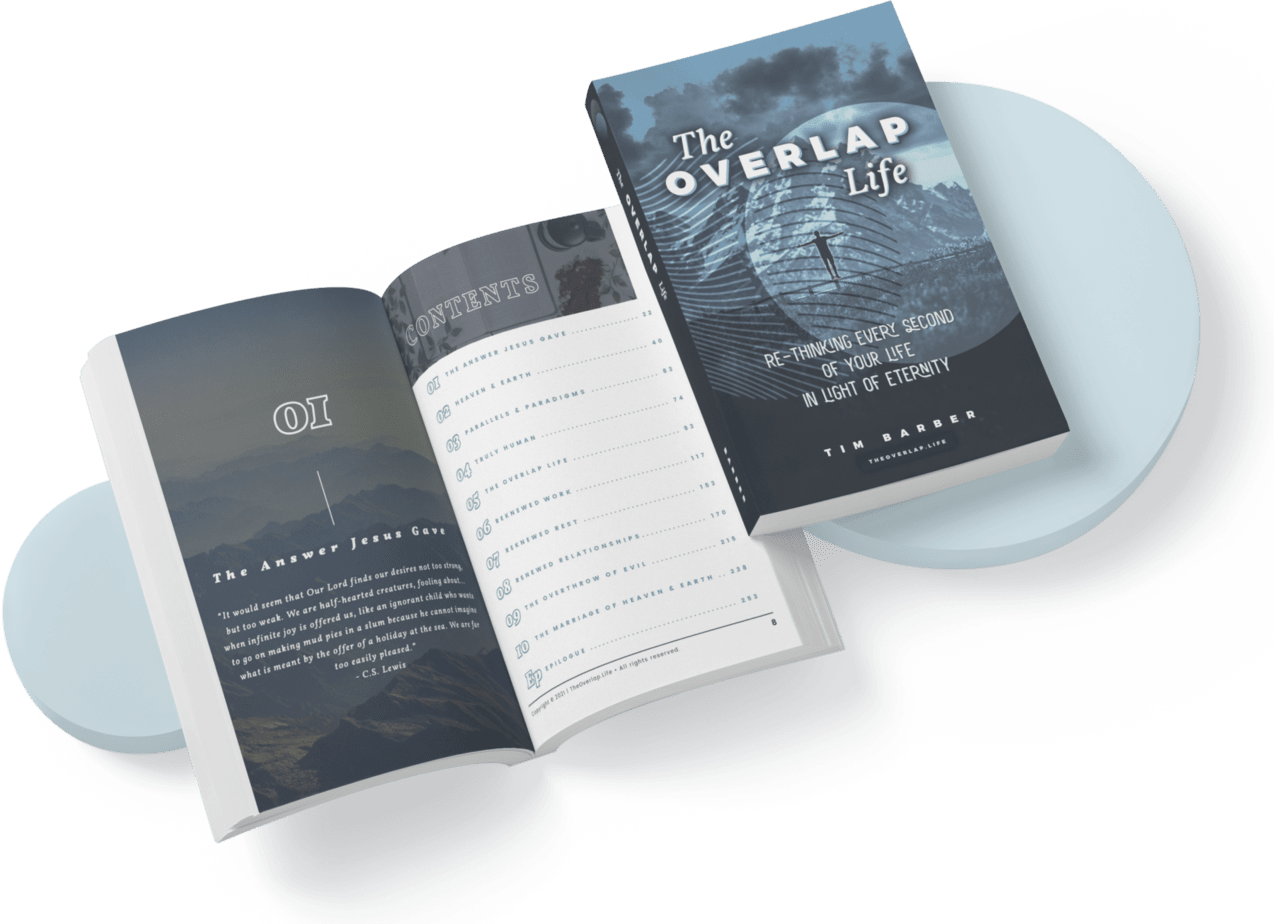 END_OF_DOCUMENT_TOKEN_TO_BE_REPLACED

Christian Eschatology is known for being one of the most contentious, entrenched, long-standing...

END_OF_DOCUMENT_TOKEN_TO_BE_REPLACED

Should Christians Watch THE CHOSEN!?

The Chosen is the first multi-season series about the life of Jesus and His disciples - and it is...